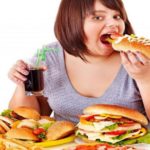 On the surface, an eating disorder sounds like a lifestyle choice or a phase that will go away as time passes by. However, when you scratch beneath, it goes deeper than you may ever think and has severe consequences if nothing is done. If you or someone close to you suffers from one, all hope is not lost as various treatment options could help you get your life back on track.

What Are Eating Disorders And What Causes Them?

Just before we get to the various treatment options, it is vital that you first understand what you or your loved one is suffering from, what causes it and why you should seek help. Put simply, eating disorders are a range of mental illnesses that are exhibited through abnormal eating habits such as eating excessive quantities of food at once, limiting the amount of food consumed to tiny amounts or trying to get rid of food one has just eaten through unhealthy methods such as purging. Although such disorders can affect anyone, statistics show that they are more prevalent among teens and young women.

Even though there is no specific culprit when it comes to these disorders, health and mental experts believe that they can be as a result of factors such as  genetics. Those born by parents or who have a sibling who has suffered or suffers from eating disorders often have high chances of developing one. Psychological issues such as low self-esteem, anxiety, and depression are the number one culprits of anorexia and bulimia among many others. Drug and substance abuse makes one more prone to disorders such as bulimia.
Inability to cope with emotions. For instance, people who have undergone sexual abuse, neglect, or who have dysfunctional families often eat in excess or refuse to eat as a way to cope with their problems. With any right treatment options for eating disorders, it is possible for one to recover and lead a normal life. Instead, treatment often includes a combination of

As explained at the beginning, eating disorders are often a sign of underlying mental illnesses that exhibit themselves through abnormal or disturbing eating patterns. In respect to that, they are more mental than physical and as such the first treatment option is seeking psychological support.

Even though it can feel embarrassing to seek help because you have problems with eating your food or controlling the amounts, keep in mind you are not alone. Cognitive behavioral therapy treatment is the most effective in treating these disorders as it is goal-oriented and centered on changing the unhealthy thought patterns that cause you to avoid food, eat in excess or try to get rid of it once you’ve eaten. You can attend the therapy sessions alone or with a family member or close friend.

Having a certified dietitian by your side as you seek recovery proves to be incredibly beneficial. This is because besides explaining to you how various foods affect your body, he/she will also inch you closer to getting better through meal planning.

Disorders like anorexia cause you to be extremely underweight. They are also life-threatening. In respect to that, depending on the disorder you are suffering from, you might need medical assisted treatment.