The rugby league heartland that is the north of England will be rewarded in two years’ time with the arrival of the 2021 Rugby League World Cup. Of all the matches – 31 in total – only two will be played at a more southerly venue than Sheffield. 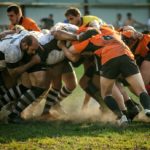 In a move that has surprised some, Wembley Stadium misses out, though London’s Emirates Stadium will host a semi-final, their first rugby league match. The other ‘southern’ match is a group game at the Ricoh Arena in Coventry. It follows a target set by the government to hold at least four in five matches in the game’s heartland, following the 2013 tournament when games were played as far away as Bristol, Neath and even Avignon.

The 2021 final will be staged at Old Trafford in Manchester, and other big-name football venues to make the final cut include Elland Road in Leeds, and St James’ Park in Newcastle. Anfield will host the opening ceremony, and England playing in the opening match. The Riverside Stadium in Middlesborough is perhaps the surprise venue on the list, and there will also be matches played at a new venue on Workington, which is purpose-built to hold 8,000 rugby league fans.

For more information about the venues and what it means for the cities, see the article at Sport Business.

The final draw for the 2021 tournament will take place in November this year, some two years in advance of the opening ceremony – plenty of time for excitement to build! Expect to see and hear a lot more about the Rugby League World Cup in the coming months.

9 Mistakes That Will Destroy Your EXAMS NCLEX

9 Mistakes That Will Destroy Your EXAMS NCLEX